Jim’s only favorite store is Shiptons here in Sheridan, WY. After getting his blood draw at the Welch Cancer Canter, we went off to the store. I was puttering and he quickly didn’t find what he wanted….so he went out to The Grey Panther and I finished. There I found the Little Grey Panther who will now be our constant companion.

We returned for his 11am appointment with Dr. Marino who examined him and then pulled out the blood work analysis. Jim had admitted he was a little nervous and hadn’t slept well last night. I told him that if hadn’t been concerned, I would have his head examined. When Jim had been released from the hospital, I was constantly afraid I would lose this man I love dearly. The fear has settled down but rears its head near doctor appointment time. 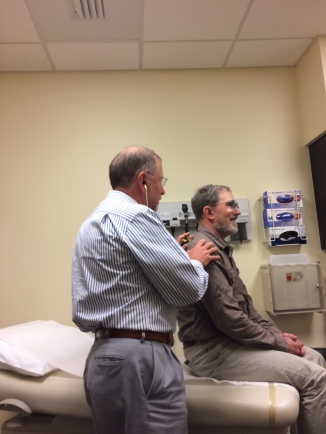 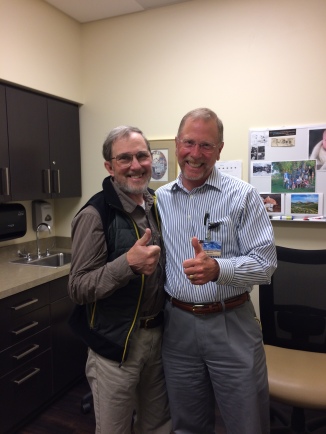 It appears the only problem Jim now must deal with is high cholesteral! Liver and kidney functions fine!! A CT in six months. If all ok then, one year to next tests!!  “How nice,” I said to Jim, “to only have to worry about high cholesteral.”

Dr. Marino had raved about the hospital food. Patients had complained and a real chef was brought in. I had the  health “special.”  If here, I would come every day for the health special soooooo good!!

And Jim is off to a well-deserved nap!! Life is good..